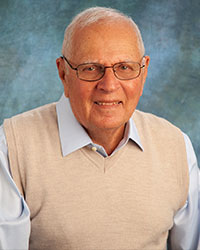 Barry is a man who can’t sit still. In business and in philanthropy he has obsessed over the challenge of solving big problems and getting things done more efficiently and effectively.

As a business person, he was a fantastically successful entrepreneur. He started his company, Bradco, in 1966 after working with his father for 15 years at the H. Verby Company. His father eventually joined him at Bradco. The company was built over decades until 2006, when Bradco sales peaked at over $1.9 billion with 150 branches across the U.S. In August 2008 he sold control of the company and began his journey into philanthropy.

Segal Family Foundation was registered in 2004 as the manifestation of Barry’s belief that individuals and communities in Sub-Saharan Africa were just a few opportunities away from realizing stable, healthy, and empowered lives. The Foundation team has striven to remain true to this vision to this day.