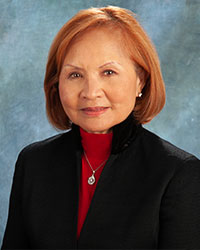 Dolly was born in the Philippines. She went to college at the University of San Carlos, Cebu City, and graduated at the age of 19 with a Bachelor of Science in Commerce, majoring in accounting. Upon graduating, she began working with the Philippines Banking Corporation in Cebu City, Davao City, and later in Manila.

Dolly came to the U. S. in 1970, settling in New Jersey. She worked as an accountant in New York City for over a decade. Eventually her commute got the best of her and she went into real estate. In 2000, Dolly was an associate in MCAR (Middlesex County Association of Realtors) and served on its Community Service Committee. They helped children with terminal illness, raised funds for disabled college students, collected food for the homeless and placed abused women in safe homes. She is a strong supporter of the Realtors Political Action Committee, NJ Make-A-Wish Foundation and the Children Miracle Network.

Dolly met Barry on the tennis court in 2005. They have been playing doubles partners ever since.