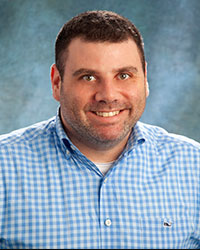 Michael Schoenfeld joined the B&D team as an Associate in June 2016. He graduated from Indiana University with a BA in Management and recently earned his MBA from Fairleigh Dickinson University.

Prior to joining the team, Michael was employed by financial institutions including Deutsche Bank, Wells Fargo, and most recently, HSBC. Michael held numerous banking and financial advising roles and obtained securities, insurance, and mortgage licenses.

In his most recent role as a Mortgage Consultant for HSBC, he gained valuable lending and credit experience. His business development and strategy skills will be an asset to the growth of BD Capital.

Michael is a dedicated fan and season ticket holder of the New Jersey Devils. His interest and involvement in real estate investing continues to grow. He currently resides in West Orange, New Jersey with his wife Shelby and his daughter Scarlett. Michael enjoys spending time with his family and his dog Bryce.